Sunrise on PCH… a favorite part of this training

Last Saturday (11/11) Megan and I ran the first loop of the 50k we’re running December 2nd. Thankfully there was a group training run the same day so we were out there with many people. Well actually, many people passed us throughout the morning. 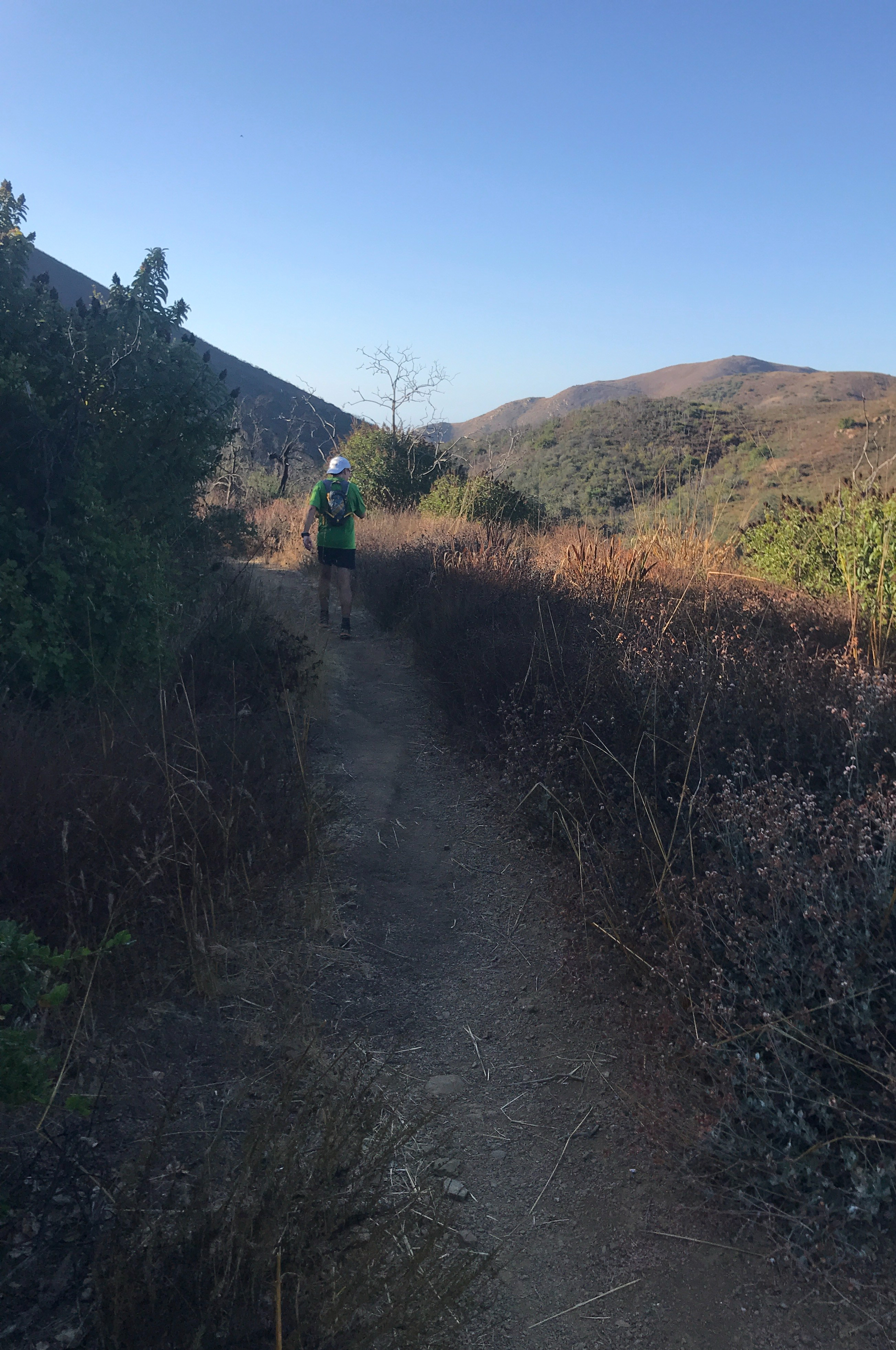 This run was a week late (schedule wise) because I’ve been slow to recover from the marathon I ran October 22nd (Ventura Marathon Race Recap – How’d that untethering go?). I’m still not sure I’m totally recovered. AND… I was rear-ended a couple weeks ago…no major damage or injuries, but there has been lingering soreness that certainly doesn’t speed up recovery.

This was just before I started feeling tired.

By now you know where I’m going with this. Saturday was way harder than it was supposed to be. After about 8 miles I was tired…very tired. And this was only halfway. I was also hungry… at mile 8 and on and off until I was very hungry as we approached mile 11. This is where we will encounter an aid station on race day, so I was planning to eat at that point. So, feeling ravenous, I ate a Superhero Muffin, from @runfasteatslow. It tasted wonderful, but then I had a horrible stomach ache from eating too much. By the way, I would never do something this dumb while running the roads.
Anyway I had to walk until enough was digested that I didn’t think I would vomit. While walking and feeling like crap I contemplated dropping out of Ray Miller…even thinking to check on their transfer policy (I did check and no bib transfers!).
Once the food entered my system I felt better running. It helped that the rest of the run was downhill at the point. While running the last 3 miles I had one little trip, but no falls! That was a running confidence booster (Quit when it’s hard? No Way!). I will be out there!

I talked to my coach about my struggles and he said I should eat every 20 minutes…50 calories only for 150 an hour. With easy road runs at a usual 10:00 pace, I usually do this when training on roads…calories in the form of liquid, gel, or block every 2 miles. But taking that every two miles plan on to the trails means that with an average 14:41 pace last Saturday I was way behind on calories. No wonder I felt awful.
Now that I’ve figured this out, I’m not as worried about race day… still a bit apprehensive, but not downright terrified. The race is now less than 3 weeks.
For other Ray Miller updates:
Concentration – Training on Trails
Ray Miller Training Run #2
Hell Hill – Ray Miller Training Run #3
O My! – Ray Miller Training Run #4
​I found the video below when looking at photos 12 seconds of accidental scenery.
[wpvideo uQWURqPc]
​
nlswitz2017-11-13T22:08:13-08:00