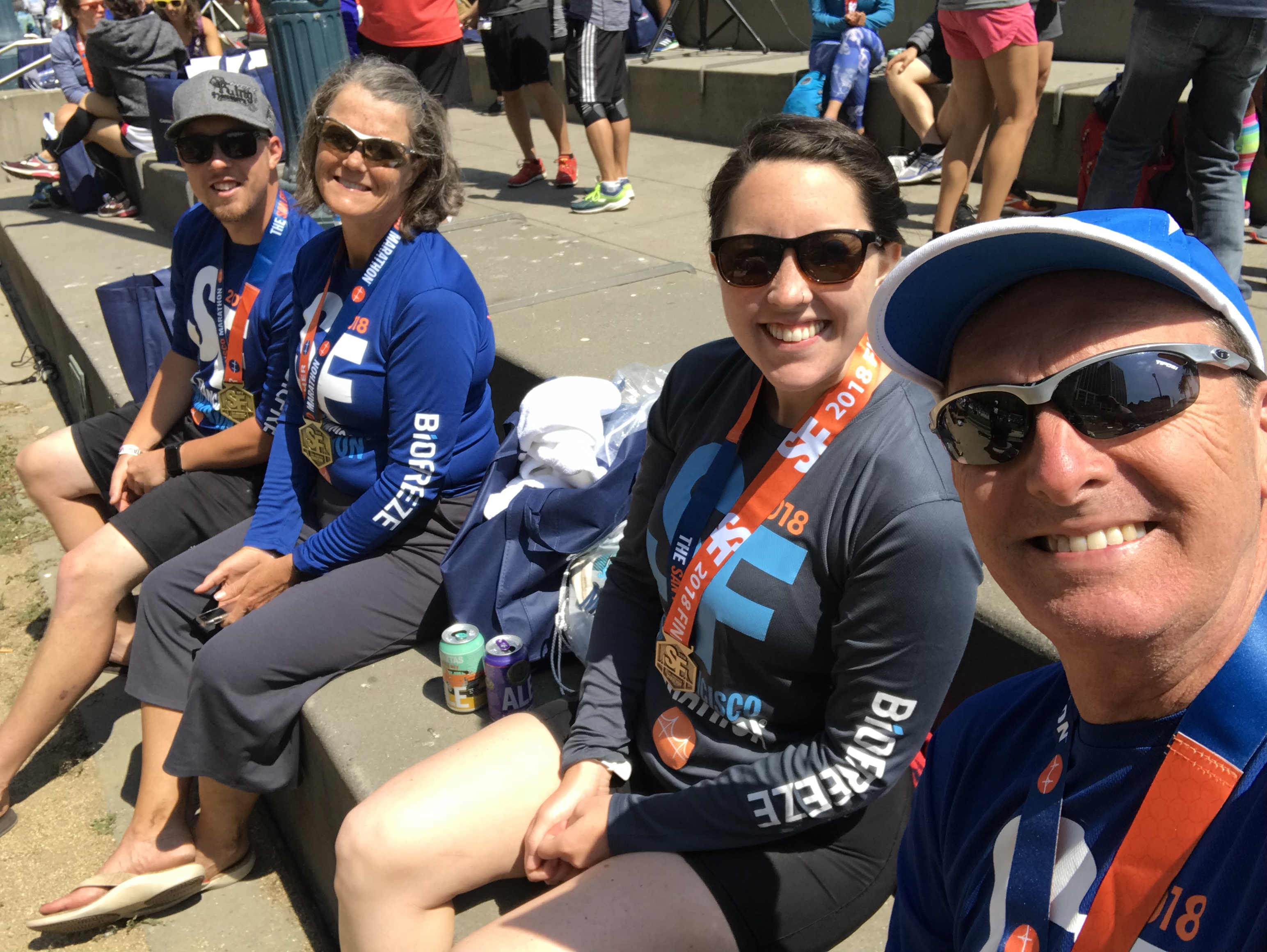 I shared my own race recap yesterday for The San Francisco Marathon (The Mental Game – The San Francisco Marathon Race Recap). It wasn’t my best race, but it wasn’t without merit. Personally it was a learning experience and the course was so scenic, even if it was challenging. I ended that post by saying that something pretty awesome did happen at that race. What could be so awesome on such a hard day?
The fact that my husband, son, and daughter were there running also. I am continually grateful that we’ve become a family that runs together.
So what can add to this?
I was able to coach each of my family members for their races. Yes. Coach.
I have been wanting to get into coaching in my spare time. I’ve read numerous books on coaching. I talk to my coach all the time about coaching (and he’s allowing me to assist him with some group training for The Ventura Marathon). I listen to podcasts about coaching. I’ve coached a church member to her first half marathon. And I’ve helped someone to run her first no walk break mile (and we’ve become friends through the process!). I find lots of parallels between coaching and pastoring by the way!
My daughter, Megan, has been getting help from me for about a year…and before that she often piggybacked onto my own program since we run a lot of the same races. Unfortunately she pulled a groin muscle while we were in Boston and was unable to run for a few weeks. In mid-May we decided that the best course for her would be to drop down to the half in San Francisco so as not to re-injure herself. She ran the half and is now training for The Ventura Marathon in October and the Ray Miller 50K in December. 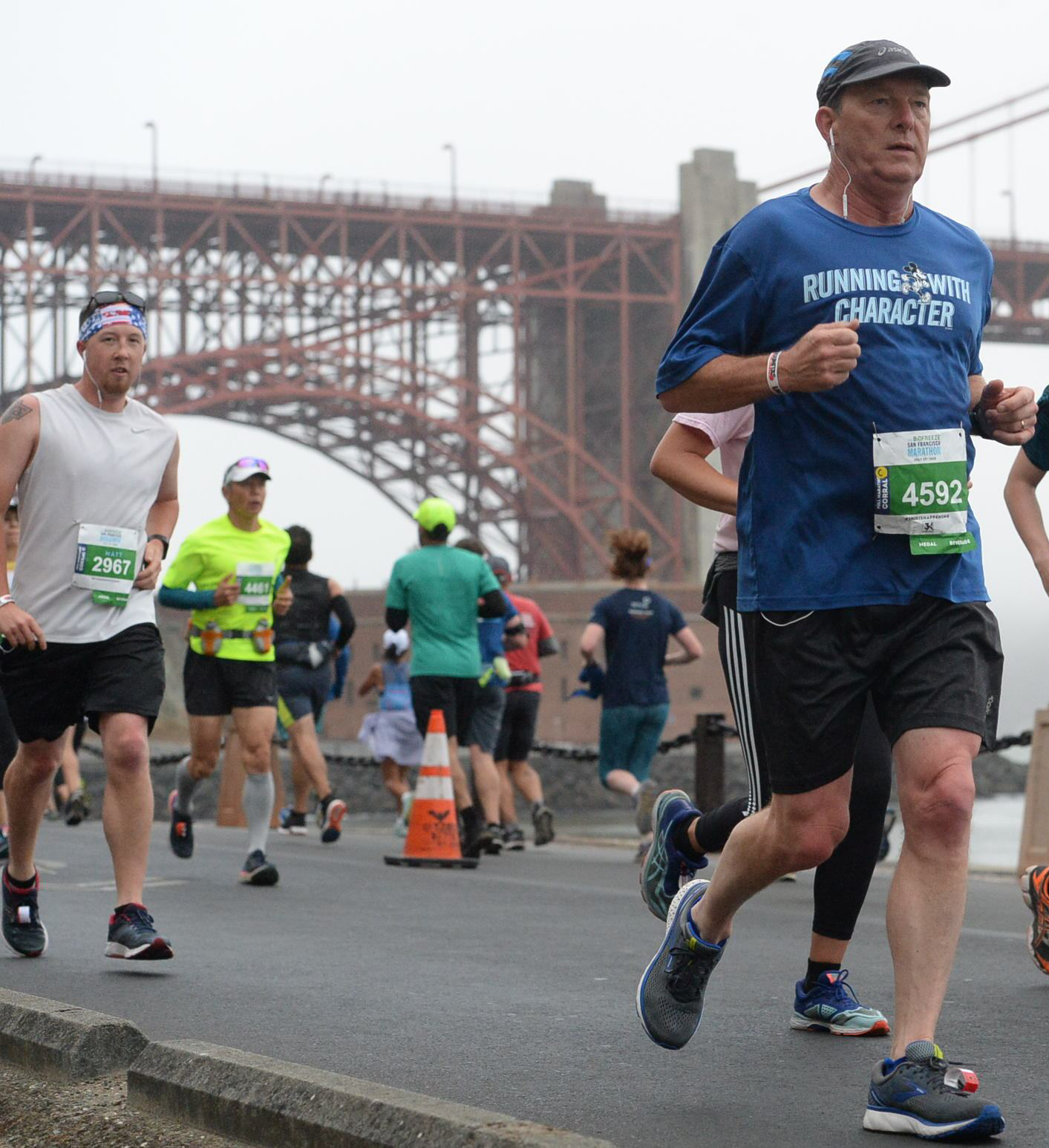 My son, Matt, ran his first marathon in 2016 and vowed that he’d never do another. Over the years, I, as an annoying mom, would ask “when are you gonna run a marathon again?” He always responded with an emphatic “never!” On Christmas Day I asked, “so are you going to do the full in San Francisco?” I expected him to say “no” but he surprised me with a “sure, I’ll do it.” I promptly signed him up for the race. And, coached by his mom, he successfully completed his 2nd marathon at San Francisco.
The most exciting story is that my husband, Scott, was able to complete his first marathon. He came in just behind me, I heard them announce his name, while I was drinking some ice cold chocolate milk!
He was tired, as we all were. His muscles cramped at mile 21 and he was momentarily freaked out by that never before experienced feeling. But he pushed through and finished his first marathon. I am so proud of him! Our wedding anniversary was July 30th and what better way to celebrate 30 years than run a marathon!
I’m grateful that these three loved ones trusted me enough to allow me to be their running coach. It is a bit scary putting together a plan for someone else. It is also gratifying and fun.