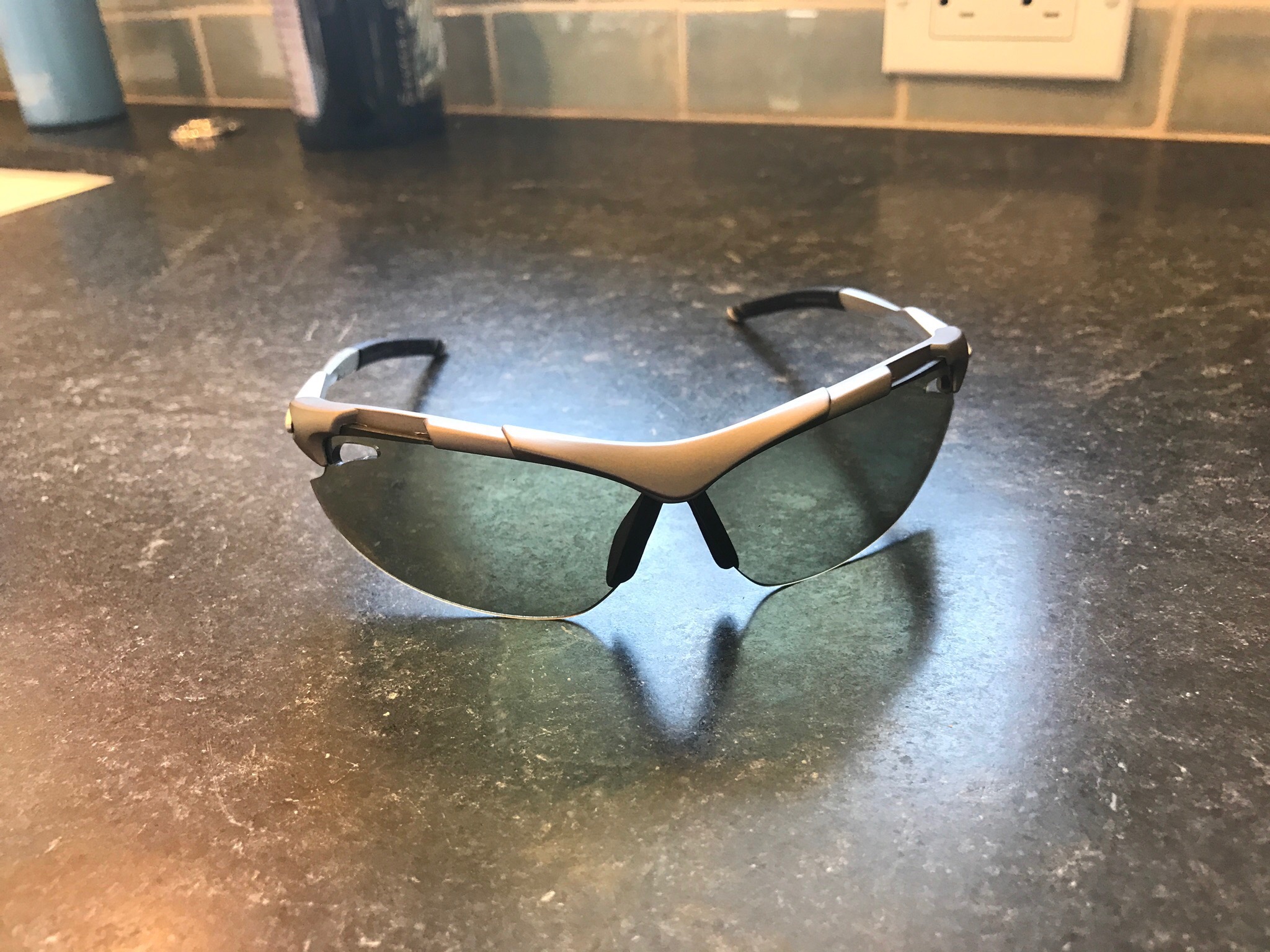 Last year I bought a pair of Tifosi sunglasses, and initially enjoyed them. But on my first run without a hat I discovered that they were a bit too big and continued to slide down my nose. So, even when I didn’t need it, I had to wear a hat when running. Then my husband broke his sunglasses. I offered mine…he liked them, and thus I was in the market for a new pair.
Last Friday I stopped by Dick’s Sporting Goods to see if they had a nice fitting pair that I liked. I found myself once again trying on Tifosi sunglasses. The pair that fit comfortably (and snugly) had a price of $69.95. I decided that I should go and buy said pair at my local running store. But as I looked down I saw an almost identical pair with a red price sticker. “I’d like to see that pair,” I said to the clerk. The only differences between the two pairs were the color and the price. These had a sticker that said $17.99. I asked, “is this really the price?”  She replied, “that’s what it says.” To which I replied “I’ll take them!” Wow!
When have you stumbled upon an incredibly good deal?
Today I’m personally thankful for: the nice fit of my new sunglasses; the Democratic members of the US Senate for standing their ground; and for a good exercise class last night at Mile 26.