An indication of integrity is to respond truthfully. A sign of decency is to respond with gentleness. These types of responses may not be easy, especially when the person standing before you has just expressed a crazy, seemingly unrealistic goal.
I’ll remember forever my first conversation with Josh Spiker about coaching. I had recently completed the Ventura Marathon with a time of 5:04:36. This was an improvement of about 45 minutes from my first marathon. How did I improve so much? I attribute hard work and participating in a group training plan through the Ventura Marathon and Josh.
With a big improvement I set my sights on another big goal, to qualify for Boston in 2018. This would require me to take another hour off my marathon time. Thus my conversation with Josh about coaching. We were at Wednesday track workout. It was October 2015. I would need to get my qualifying time in the 2016/17 qualifying window. So I said, “I want to do a 4 hour marathon and qualify for Boston 2018.”
Josh managed to keep a straight face as he responded with, “That’s a goal.”
He gave me a training plan for Surf City 2016 and I was able to improve by another 30 minutes. Then his response was, “great job, you only need 30 minutes more!”
Some time after this we had another conversation at track when he playfully asked, “What about 4:05? Would you be happy with that?” Yep…if it gets me to Boston!
All of 2016 was preparation for trying to qualify in 2017. The first attempt was Carlsbad in January. I had another PR but was disappointed that I missed a BQ. Josh, said something like, “great job, you’re on track for Mountains 2 Beach.”
Mountains 2 Beach was yesterday. I ran a 4:04:49! I’m going to Boston!
I still hope to get at or below 4 hours. Meanwhile I’ll enjoy this feeling of accomplishment knowing that it wouldn’t have been possible without good coaching. Thanks Josh!
That’s a goal! 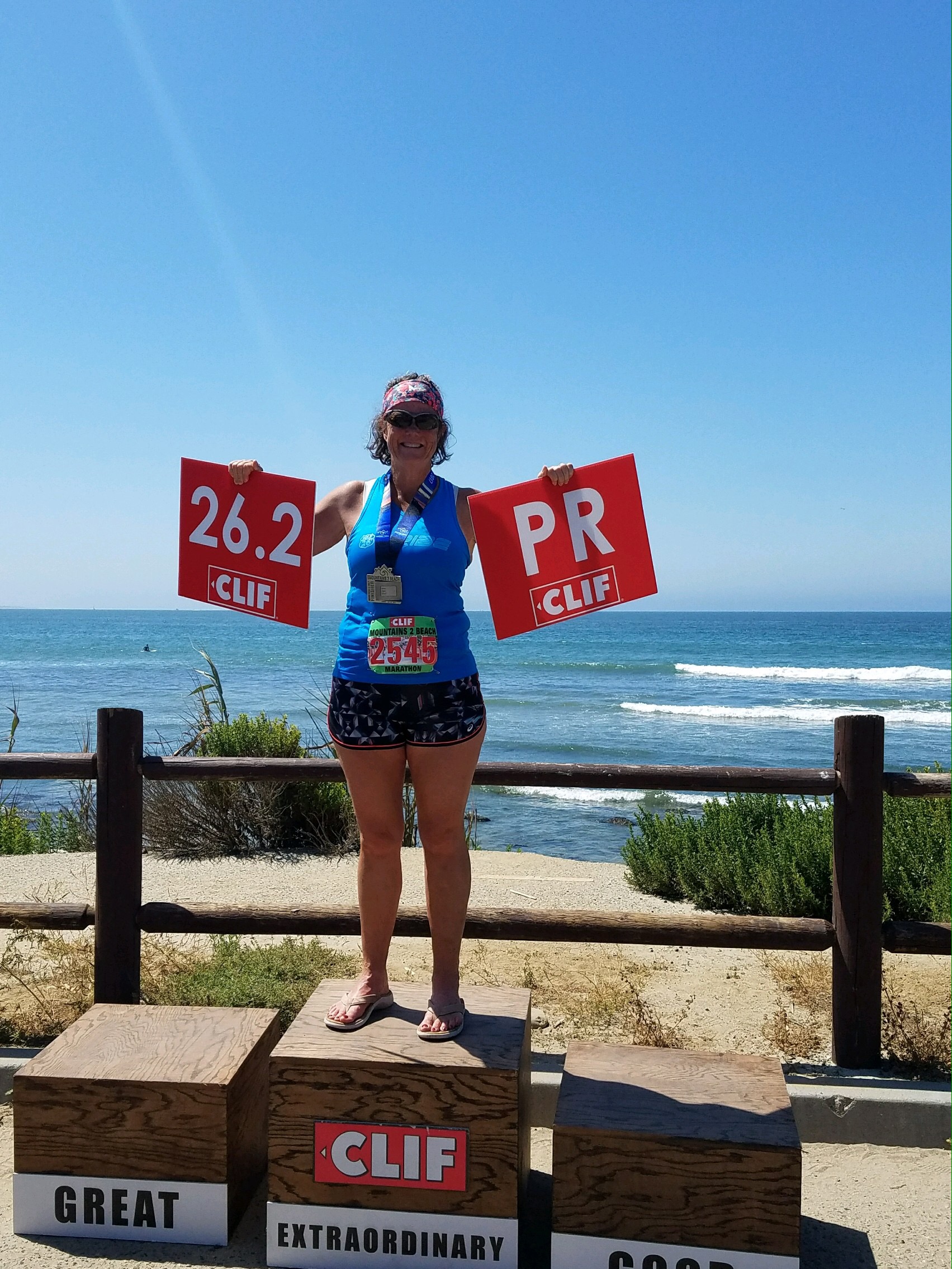