I signed up to this race last January, intending to use the marathon as my third try to qualify for Boston. I had just completed my first attempt at Carlsbad (January 2106) and while I had a 7 minute PR, I was still short of what I needed. This was my first race where I’d improved but was disappointed at the same time.
While driving home from Carlsbad, my daughter and I looked up races for the 2nd weekend in September and found this Utah race. When my husband found a timeshare in Park City I signed up for the race. Thankfully I ran a BQ in May and didn’t need a third try (M2B Race Recap). So, listening to the advice of my coach, I ran the half marathon instead. Here’s how it went.
This was my first race that included a bus ride to the start line. I had my trusty little drop bag, but didn’t put enough in it! The forecast was for mid-50s, which for me is perfect running weather. So, why would I need the excess baggage of the blanket (very small!) and pants and jacket. My shorts and a 3/4 zip over my singlet would be fine, right? Wrong! The lesson I learned is that next time I’ll fill that drop bag full of everything that I might need. With my traveling light, I froze for the hour that I waited to warm up. And I forgot my phone! So I meditated and concentrated on breathing to take my mind off the cold.
Once I warmed up I didn’t give myself enough time, but my valid excuse is that it was so dark in the pre-sunrise canyon. I did finally run 2.5 miles in the dark but it was a bit scary as there was still traffic and it was still dark. Interestingly there were more than 2,000 runners and only about 20 seemed to be warming up. Maybe it was just too dark to see anyone else. By the way, my long warmup because I’m training for another marathon… it was supposed to be three miles but a quarter way into mile 2 I realized that I didn’t give myself enough time.

This was a very well organized race and there is only one thing that would have made it better…starting corrals, or at least lining up by pace. My slowest mile was the first because of big crowd at the beginning. I was the 775th person to start and the 546th person to finish. I probably passed most of those in the first mile!

First Five Miles
This was a major downhill course. I’ve run downhill in training and M2B was a downhill marathon, but I was not prepared for this level of downhill. It sure made me run fast! But it also fried my legs…as I write this on Tuesday they are still not 100% recovered. My coach had said, “Don’t go too crazy on the downhill.” I probably did, but I also don’t know how I could have run slower without leaning back and braking with every step. As I ran I thought of those cartoon characters whose legs are spinning like windmills. I don’t usually stop at aid stations when I run a half, but I stopped at these because of the hill. 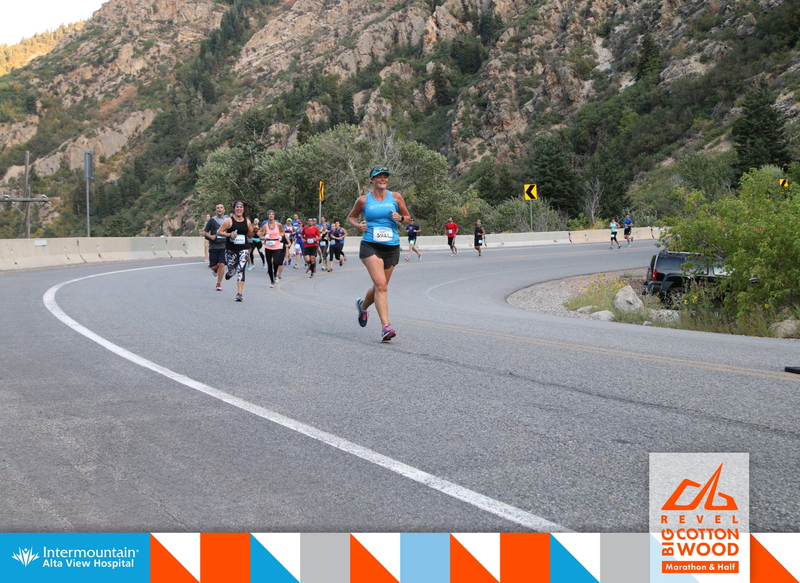 Second Five Miles
Beautiful! Running down this canyon was amazingly beautiful. I loved just looking around. I also, though, had to be cautious because I didn’t want to fall (and I seem to be having issues with that lately). A boy who was about 10-12 was ahead of me and he fell and rolled. This give an idea to the slope at that point. He got up and was fine and finished the race just ahead of me. All while I was running I was thinking of Megan (my daughter) who was doing the full marathon. They started higher up the canyon at the same time. I wondered how she was doing. I was both glad and sad that I wasn’t doing the full. My calves and shins (especially my left shin) were feeling the effects of this course.
Last 5K
Here the race became truly hard. We left the canyon with about 4 miles to run and so no longer had the assist of the big downhill. I was tired and had to push and was so tempted to switch to walking and had to push some more. I felt like these last few miles were uphill – they weren’t! I felt like I was crawling…as in no speed but in retrospect I was still maintaining a decent pace in that it was faster than my previous half marathon PR average pace. 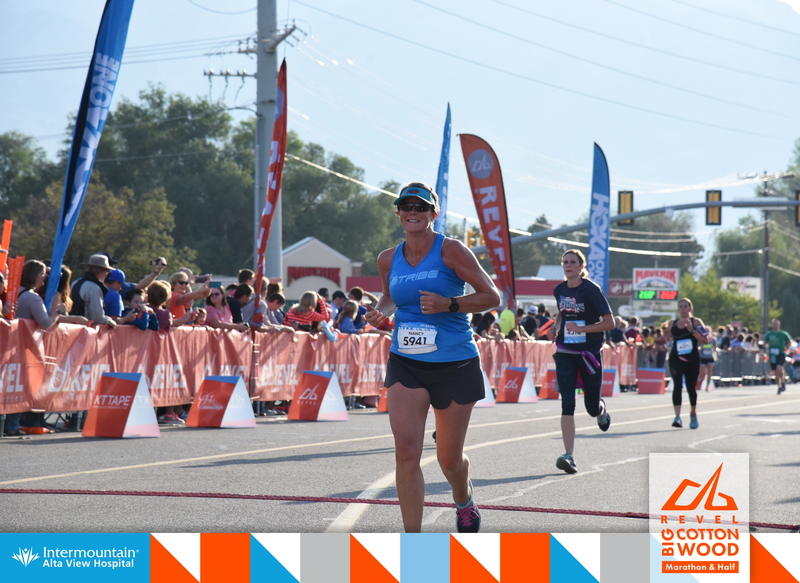