It’s Saturday morning and hard to believe that my first Boston Marathon was almost 2 weeks ago. Almost two weeks of my least favorite part of the marathon training and racing cycle – recovery. Why? Because for me its boring. Even more so this time. 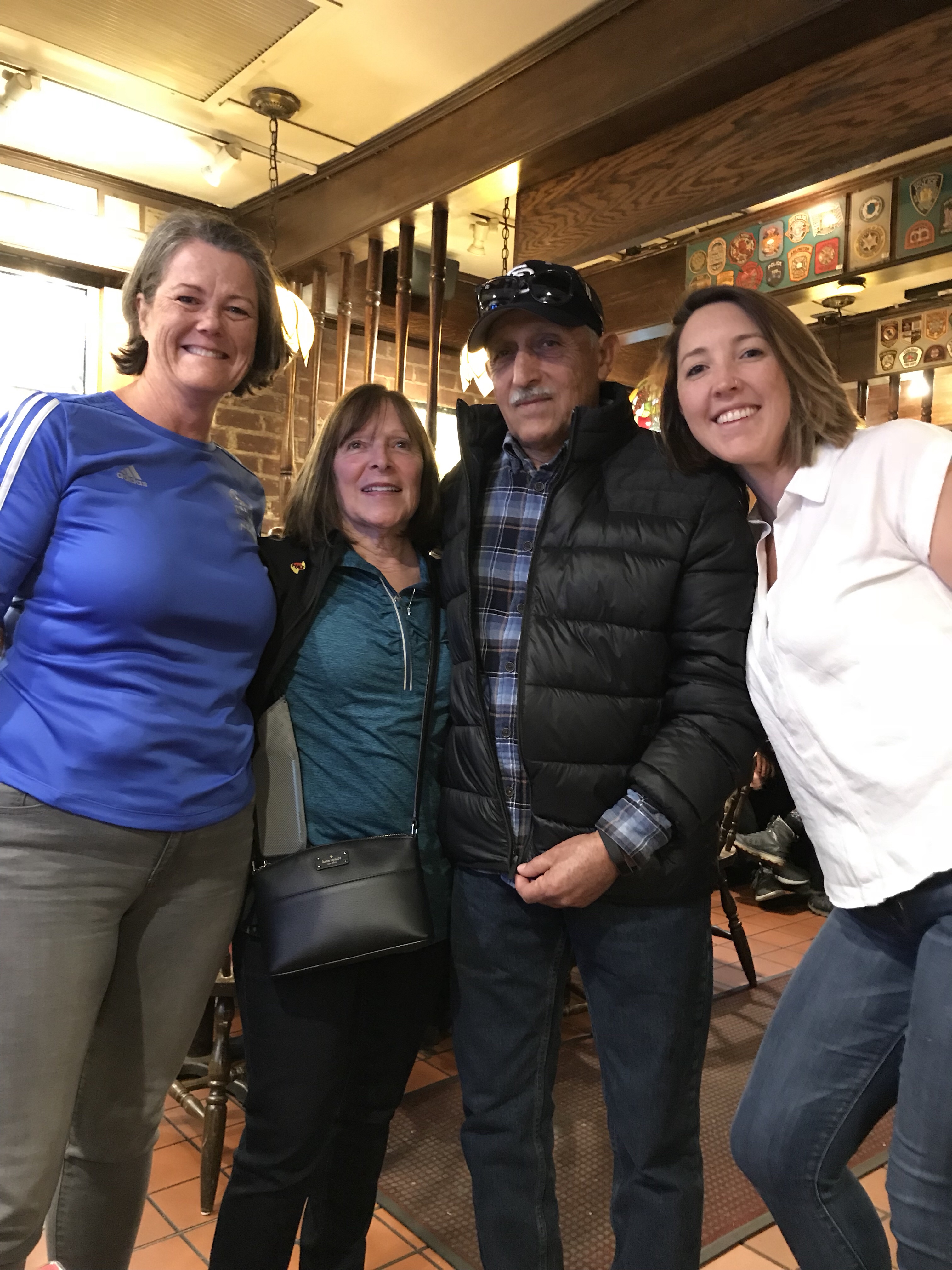 Recovery Week 1
Recovery starts immediately after the race. So, when the very dedicated volunteer handed me a protein bar (and opened it for me) I ate it. I wasn’t hungry yet but wanted to get some protein and carbs into my system. The protein bar was followed by a banana (they opened that for me too).
Along with this food, my immediate need was to get warm!
After a nice, long, and warm shower I put on my compression tights and realized that it was already after 6pm. Where did all the time go? I’m definitely used to late start marathons! We chose to eat close to the hotel…but still had to brave the rain.
That first night sleep was hard to come by. My muscles were very achy and I resorted to taking a couple Advils. I think the achiness was due to the cold more than exertion…or maybe it was a combination of both.
The next day we were tourists. We even had the special treat of meeting Desi Linden’s parents. That was exciting! I got a fist bump from her dad for finishing the race. Interestingly my legs were not nearly as sore as they usually are the day after a marathon. They were sore of course, but I was walking fine. Maybe all the tourist style walking was helpful recovery.
I was supposed to run an easy mile on Saturday (4/21). Instead I ran an easy 2 miles on Friday. This very short run felt good…which was definitely not normal post marathon. I ran 3 miles on Sunday and that felt good as well. 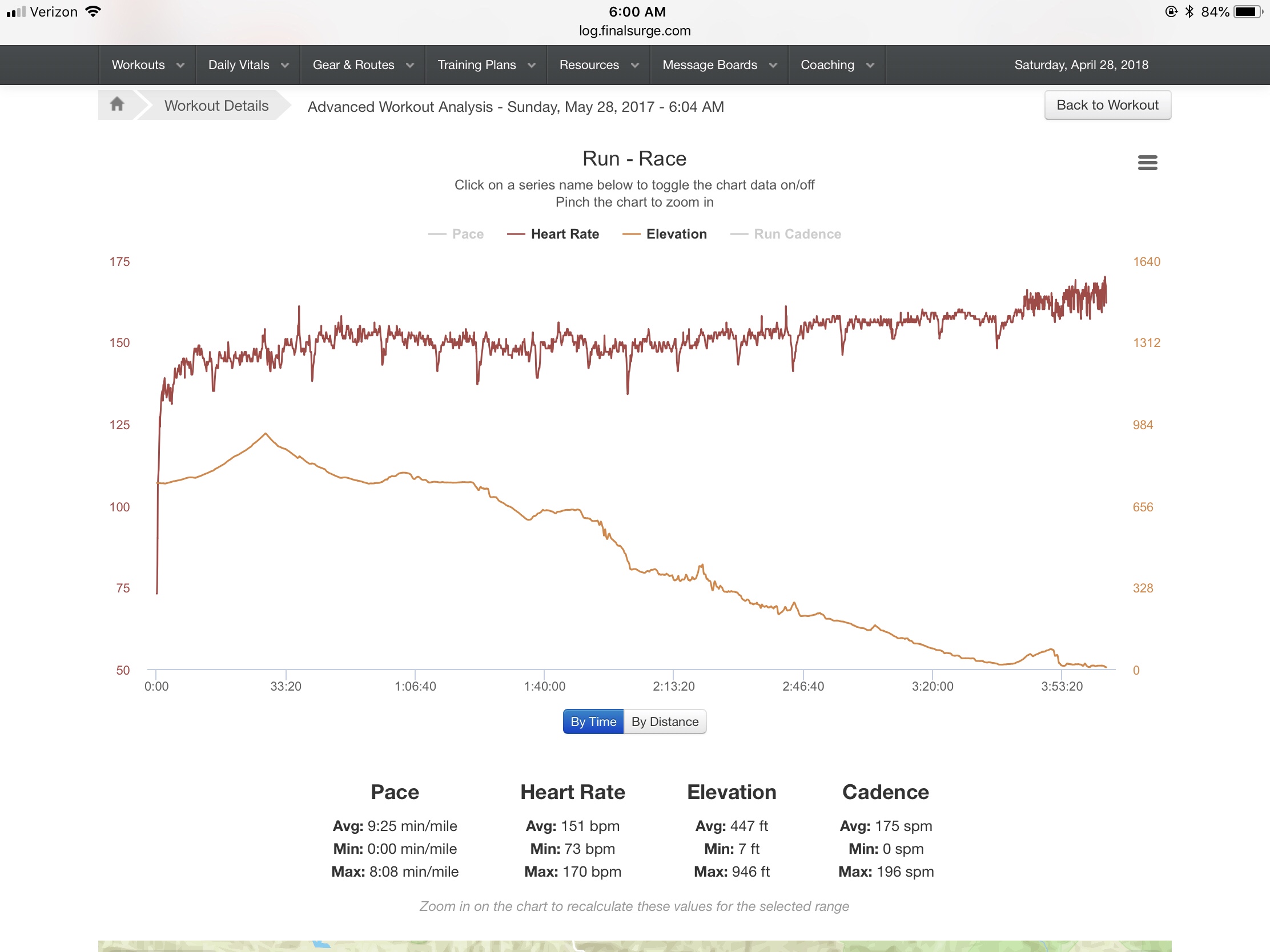 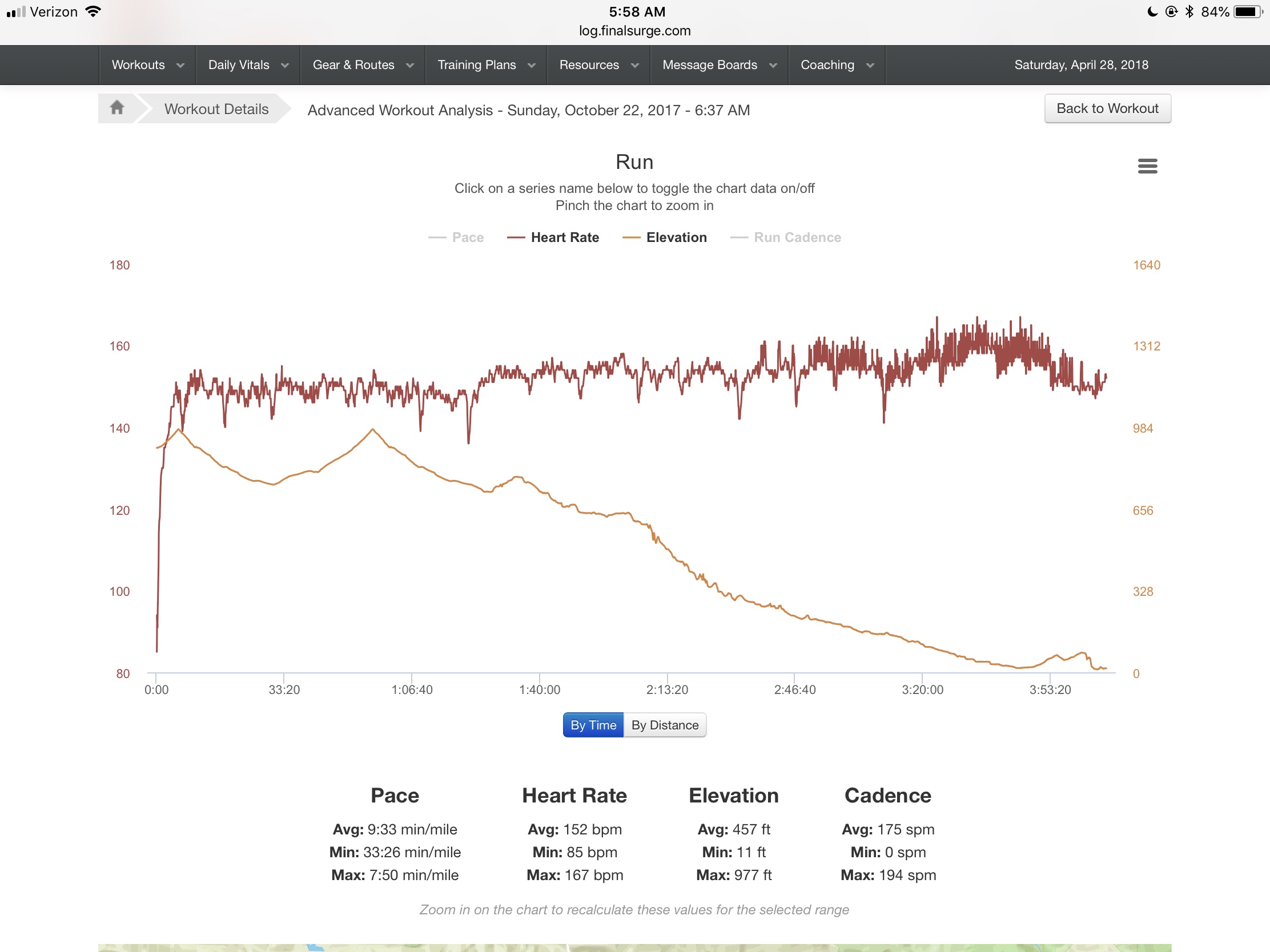 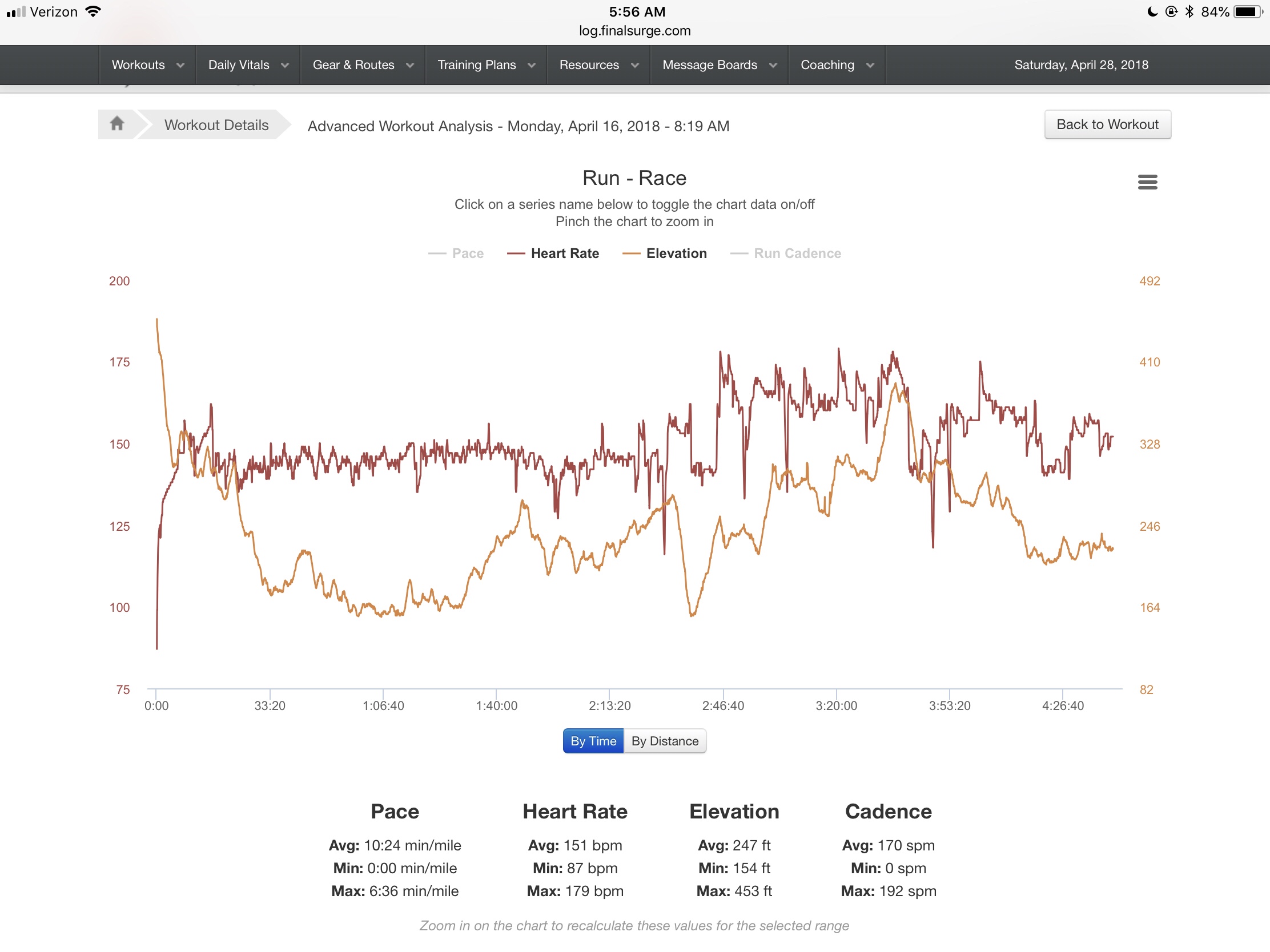 Recovery Week 2
On Monday I talked to my coach. “I surely didn’t run hard enough! I’m not sore like normal.” He suggested we look at my heart rate to compare. This was interesting in that it was almost the same as my last two marathons. The max at Boston was actually a bit higher but the averages were all similar.
Hmmm, my exertion was pretty much the same. The big difference was that my pace at Boston was so slow (3rd slowest of 8 marathons). My body was working overtime in trying to keep me warm! I remember thinking mid-race that it felt more like a training run.
So my coach has increased my recovery mileage a bit…not where I want but where I need to be. One good reason to have a coach is to have that guide who stops you from going too hard, especially when the temptation is great. Today I will run 6 miles for a total of 17 for the week. Next week will be 24 and hopefully I’ll be back into another marathon buildup after that. Because I’m a bit crazy and marathon number 9 will be July 29th in San Francisco.
My other recovery activities? Daily rehab routine of bridges (regular, marching, and single leg), clamshells and side leg lifts, rolling, and stretching. I’m also keeping a food diary and I’ll write about that in another post.
Happy Saturday.
nlswitz@me.com2018-04-28T05:43:07-07:00