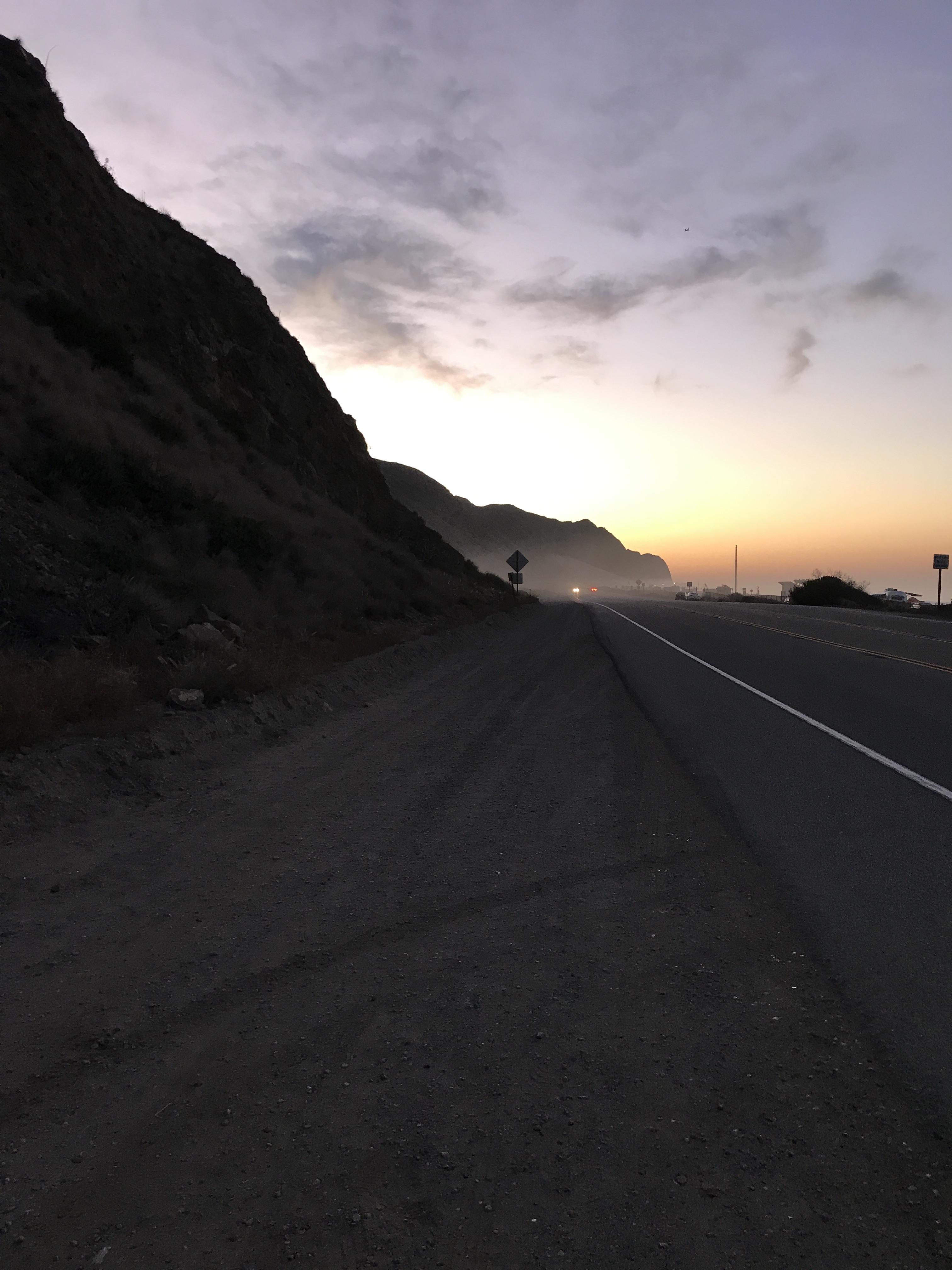 Sunrise on PCH is always pretty

Today was interesting! My assignment was to run 14 miles on slightly tired legs (I ran 10 the day before). To become familiar with the course, we’ve been running various parts of what will be the Ray Miller 50k on December 2nd. I had thought we could run the final loop in a 15 mile run, but it turns out I was not reading the course description carefully.
So after 6.5 miles, Megan (my daughter) and I were figuring out where to go when she noticed my error. “If we do the full loop we’ll be running about 27 miles.” Oops. We made some adjustments and ended up running a middle portion and then the very end portion. Unfortunately our adjustments resulted in 16.3 miles…a bit longer than the 14 miles I was supposed to run. 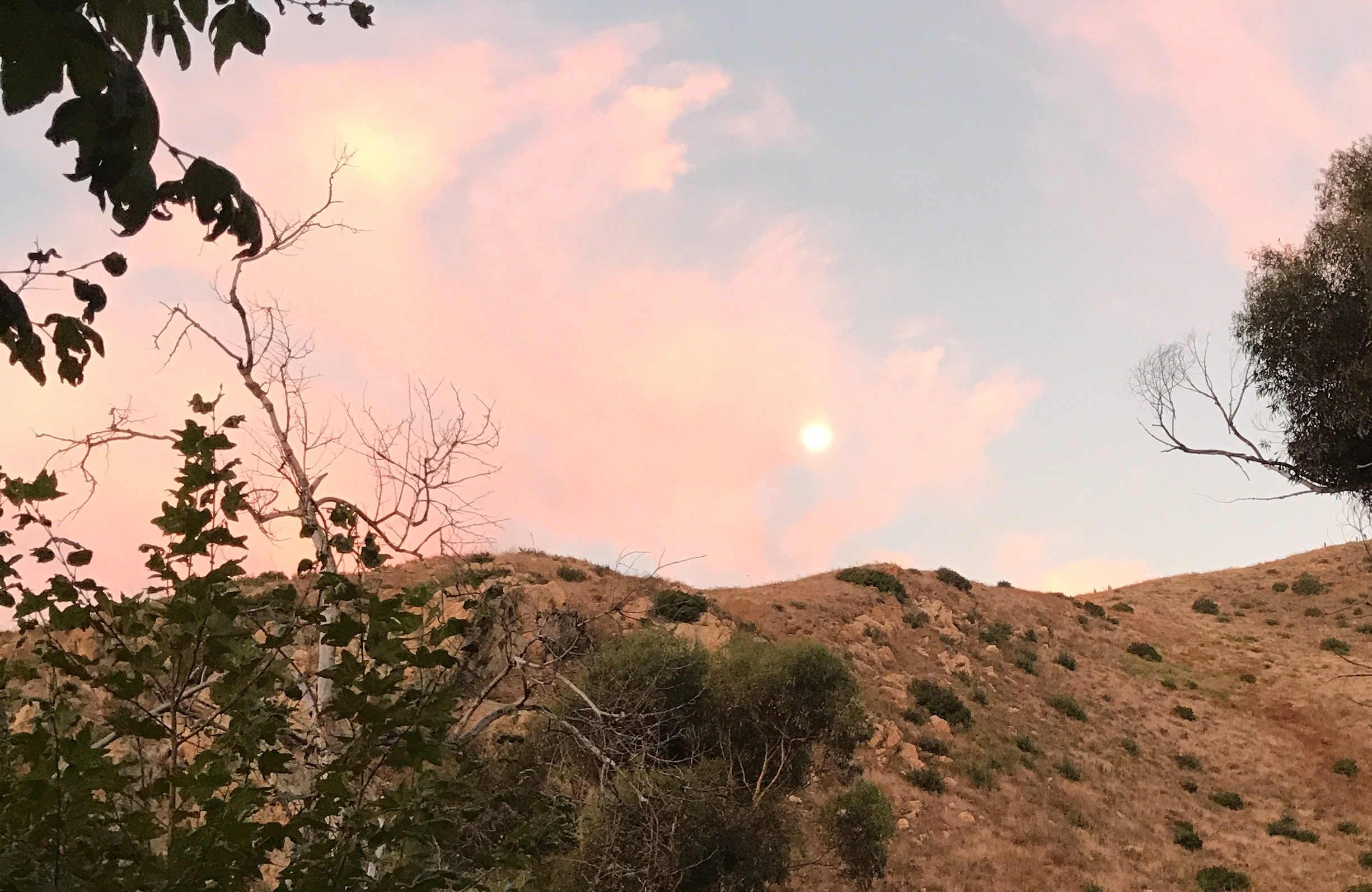 The morning was beautiful and the temperature was 59° at the start. As we climbed we felt pockets of cool air… then warm air…then cool again. I said, “eventually those pockets of cool air will disappear.” They did as soon as the sun came over the mountains. It was hot, even at 7:30am.
I’m thankfully becoming comfortable familiar with the beginning of the course. Once we made it to “Hell Hill,” the location of an aid station on race day, we had to figure out the next steps. The trail we were supposed to run down had a different name. We retraced our steps and concluded that this was the correct trail… and off we went. Down. Down. Down. My downhill running is pretty slow lately as I’m being extra careful to avoid falling again. I think as I regain confidence I’ll do pretty well on this part of the course. 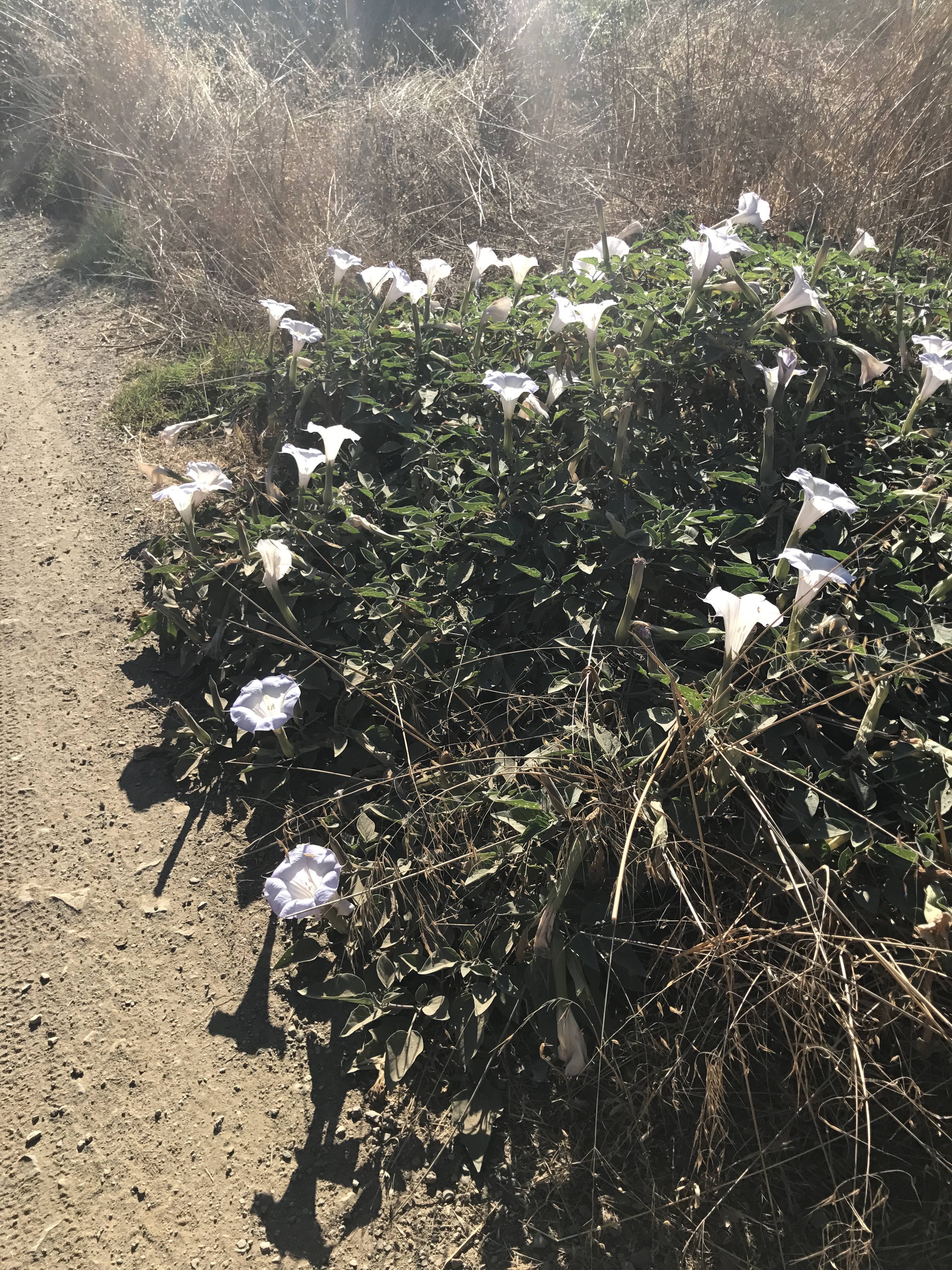 Some early October flowers… a surprise in dry CA

When we got to the bottom, we were in Sycamore Canyon and it was refreshingly cold here. We ran to Danielson Ranch, took a photo of the map and then turned toward the ocean. With this turn we were no longer on the course. We were also running on a very easy, gradual downhill dirt fire road. I love dirt fire roads! We were even treated to some beautiful flowers!
We had this break until we arrived at what will be the last climb on 50k day… the Fireline Trail. 1.3 miles up. I hated this trail. It was narrow and overgrown and thus I was afraid of what I might encounter while trudging through the bushes. It was steep and once we left the canyon floor it was blazingly hot! I could feel the sun baking my back and was glad that I had caked on the sunscreen. 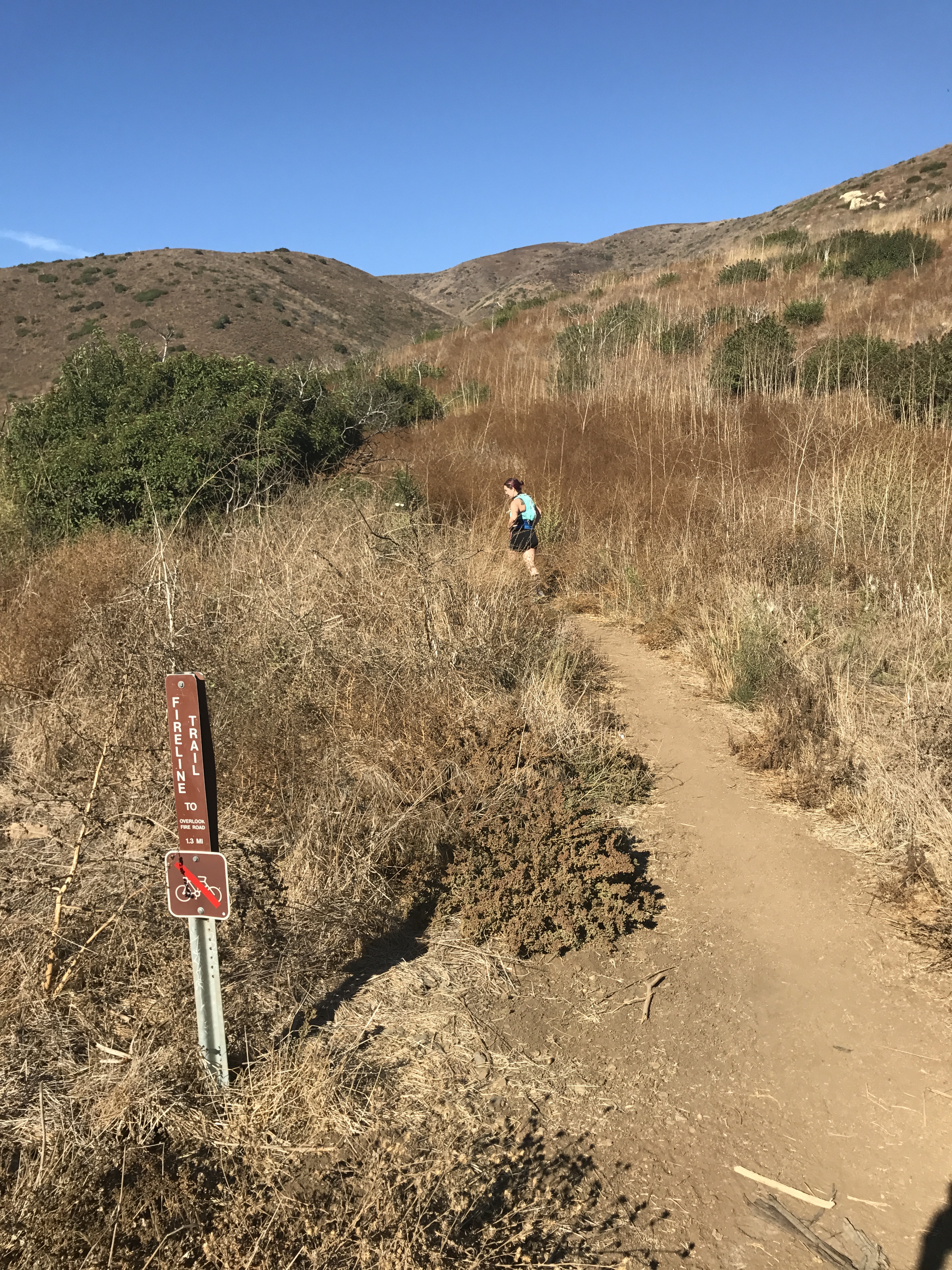 Know why there are no bikes here? Probably because they’d fall off the mountain!

When I reached the top Megan was chatting, and borrowing sunscreen, from a group of women. She told me that she ran out of water…so like a nice mom I gave her some of mine. Good thing we were getting close to the end. But! Getting to the top of the Wireline Trail did not mean we were done climbing, so we trudged up the Overlook Fire Road and eventually settled into an easy jog.
Once we hit Ray Miller…the last downhill, I offered Megan some more water and then told her I’d see her at the bottom. She flew down the trail. I easy jogged, not wanting to stumble and fall with my tired legs. When I had about a mile and a half to go I tried to clear my nose by inhaling…dumb idea. I know that you’re not supposed to do this, but I did it and immediately got dizzy. Great! After a pause my equilebrium corrected and I was fine.
I finished in 16.3 miles in 4:02:11 which was a nice slow average pace of 14:51.
Amazingly I felt pretty good the next day. That’s fitness! Next up is the Ventura Marathon in a couple weeks.