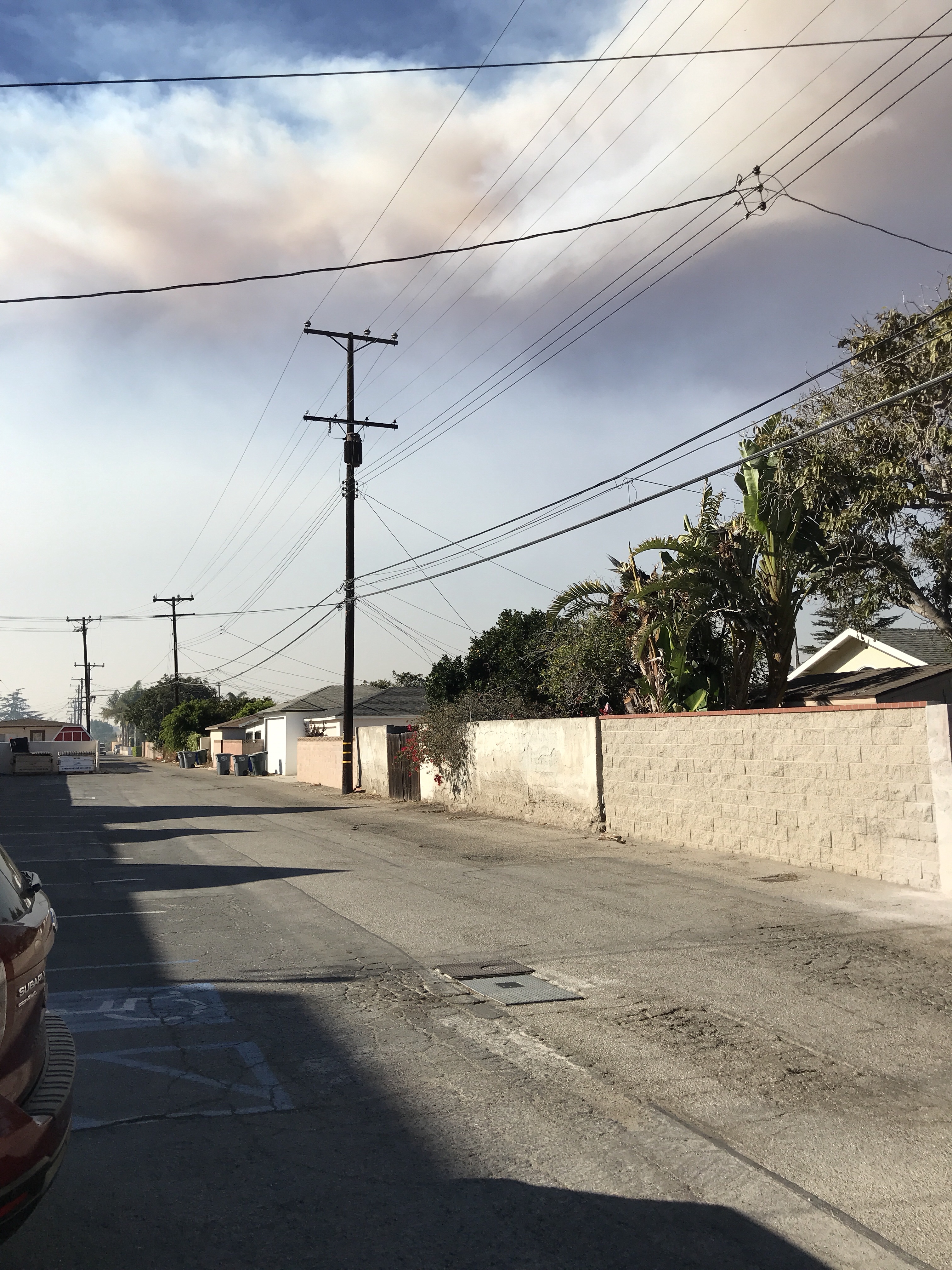 Smoke coming in to the ally behind my church. Thirty minutes earlier it had been clear.

So far the Thomas Fire has been burning for more than a week. Here in Oxnard, we are not in any danger from the fire but are occasionally experiencing heavy smoke. My husband and son work in Carpinteria (north of here) and have been out of work because of the fire. I think they are going a bit stir crazy.
Yesterday, Scott and I did a bit of shopping at lunch time. When we went into a store the skies were clear and blue. When we came out, that smoky haze and smell had returned. I commented, “I guess I need my breathing mask again.”
A man standing near his SUV heard me and asked, “are you from Santa Barbara?” We said, “no, we’re from Oxnard.”
He stated that he and his family (wife and small children in the SUV) had driven to Oxnard to escape the smoke, which was (is) oppressive in Santa Barbara. He said he’d looked at the air quality charts and thought Oxnard would be a good choice. We told him that it was clean and clear just an hour earlier. Scott asked him about Carpinteria as he’d have driven through the city and he replied that “it’s horrible there.”
I suggested that he drive to Thousand Oaks. He said, “we’ll keep driving until we get out of the smoke.” I suggested taking the kids to Disneyland and then said goodbye.
As we left I realized that we never have conversations like this…with strangers in parking lots. It’s another example of how catastrophes bring out the neighborliness in us all. Maybe we need to find ways to chat with one another when all is good in the world. Meanwhile I’ll be thankful for all the good that counters all that is bad.
nlswitz@me.com2017-12-12T16:08:58-08:00