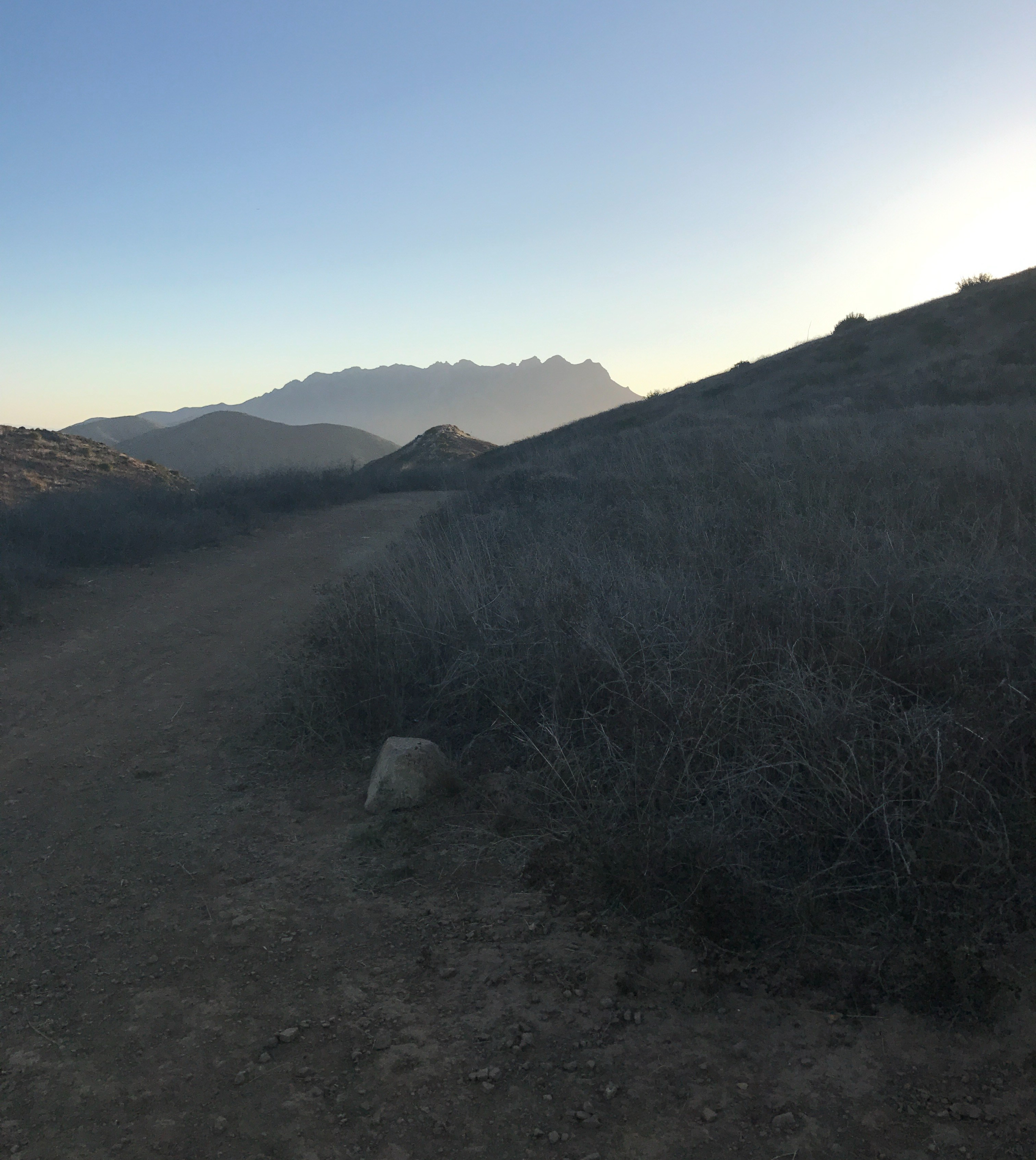 I’m running my first 50k December 2nd. The race is called Ray Miller because that is the first of the many trails we encounter. Today was my third run on the course. 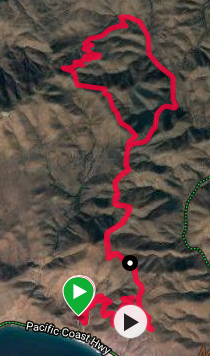 The loop is the second loop of the Ray Miller 50k

In looking at the course description, and in talking to past participants, I’d become familiar with the name, Hell Hill. But I hadn’t experienced it. I remember thinking about it like this, “all these hills are hard, so how hard can Hell Hill possibly be?”
One friend described it as a hill that requires using you hands, to help push your quads to ascend. This hill occurs about halfway into the race.
Today, my daughter (Megan) and I did a 14 mile run completing the middle of the three loops that make up the course. It was a beautiful day. The temperature was close to perfect. The sky was blue and we could see forever. This was a much easier run than the 12 miler I did in late August (Ray Miller Training Run #2). That day was hot!
To keep my easy efforts truly easy I’ve been running by heart rate and trying to keep it around 130 bpm on average… although how easy can it ever be running on hilly trails? I had no problem with this today, with an average of only 121. I was VERY slow today, with an average pace of 15:00 per mile.
Part of the slowness was a tentativeness in running on the trail, since last time I went hiking (Overdoing It) I did a face plant.

And then…we encountered Hell Hill. Oh my! My average pace in this little section was almost 25 minutes! At one point I envisioned just wanting to crawl up into a ball and resting! After every curve in the trail we saw more uphill. 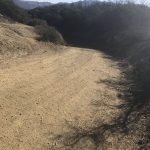 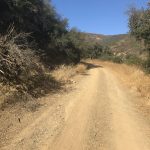 Once we made it to the top of Hell Hill, we had about 4.5 miles to run. At first we both thought these last miles would be hell. I started running, jogging really, and was pleasantly surprised to discover that my legs were good to go.
Those last 4 miles were nice!
Last, I concentrated on the trail and made sure not to let my mind wander as this seems to be when I trip and fall. After I hit 14 miles (and still needed to go .2 to get to the bottom), I was startled by a lizard that darted under my feet. I tripped. But I caught myself and stayed upright. Success!
The next Ray Miller will be in 2 weeks. Next week I’ll be running 20 on the roads, as my last long run before the Ventura Marathon on October 22nd. 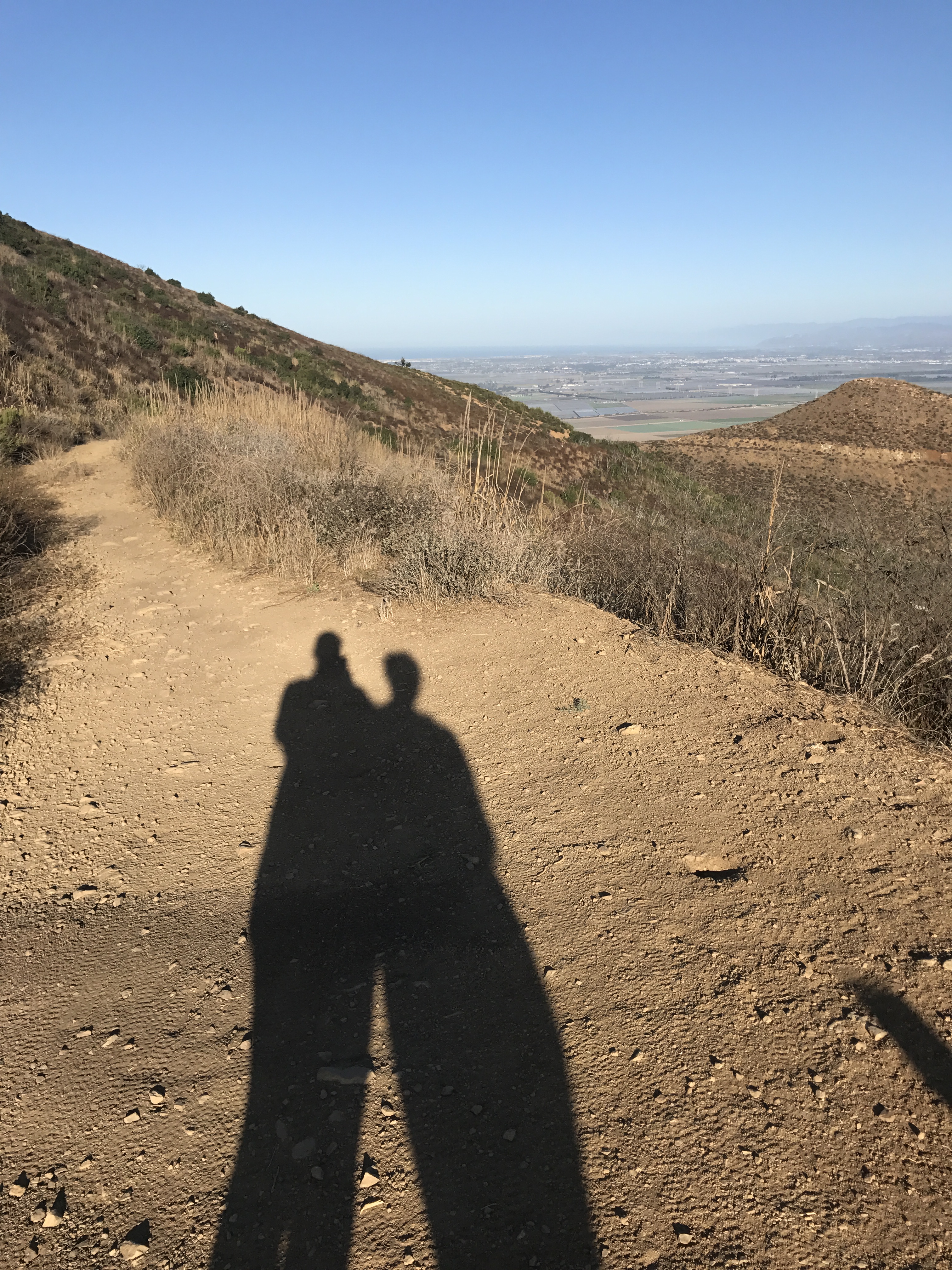 Casting a long morning shadow. Camarillo, Oxnard, and the ocean are off in the distance.