Then Peter came and said to him, “Lord, if another member of the church sins against me, how often should I forgive? As many as seven times?” Jesus said to him, “Not seven times, but, I tell you, seventy-seven times.” -Matthew 18:21-22 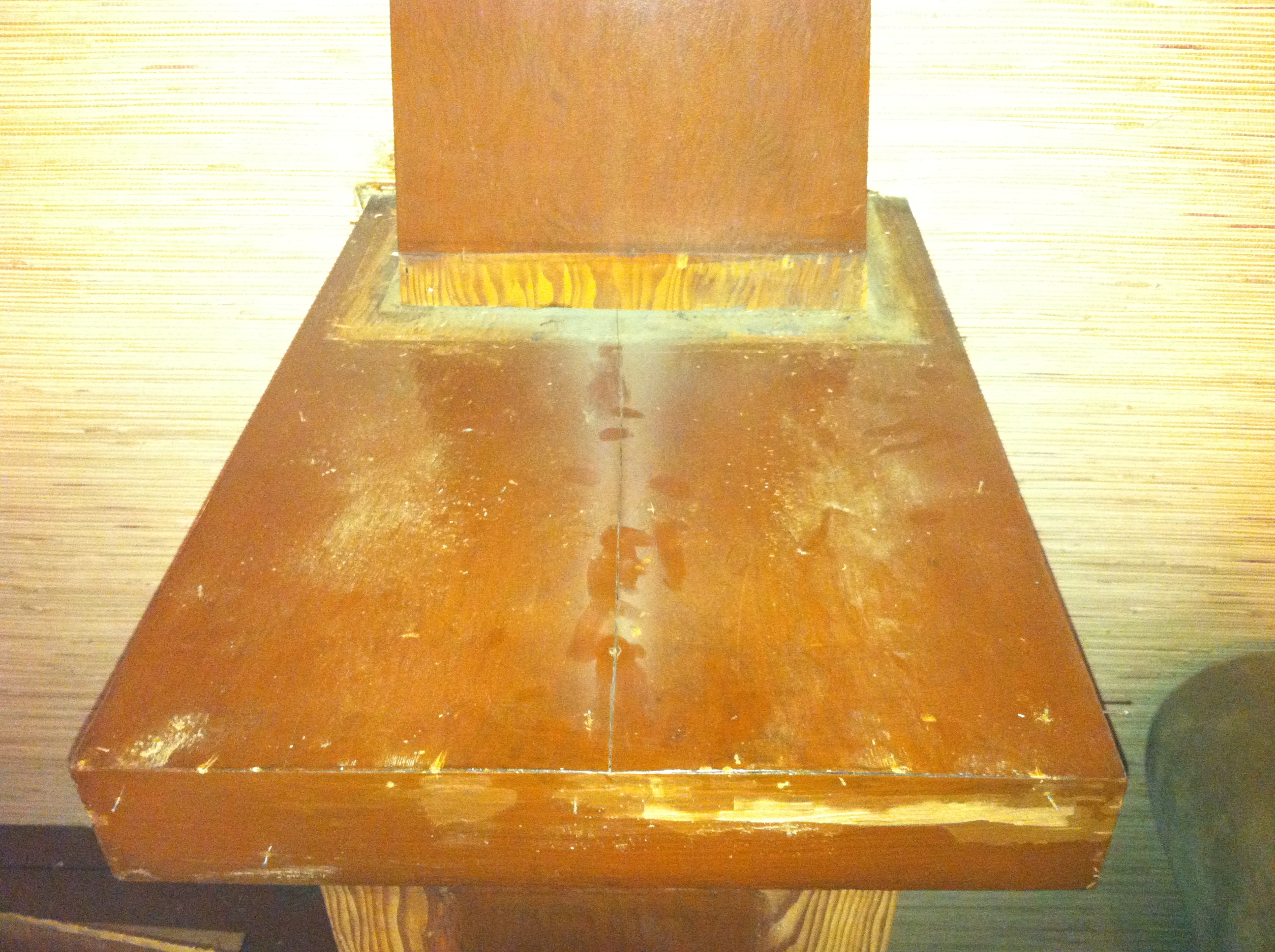 This wood had been hidden by cheap paneling, which when removed reveal a split. It was repaired, though not perfectly. It’s a good reminder that when we forgive we still bear the memories, but they no longer have a hold on us.

I think these words hit home for many of us because we, like Peter, can think of that person who hurts, annoys, or angers us over and over again. We ask ourselves, “how long must I put up with that person?” For Jesus, the answer seems to be “forever.”
I’ve struggled with this because I’ve also struggled with difficult relationships, or better described as unsafe or unhealthy relationships. In one case, when I didn’t realize the extent of the problem, I equated forgiving with putting up with. I’ve learned that they are not the same.
Yes, forgiveness is necessary. But here’s the rub, it’s not most important for the person receiving the forgiveness. Rather forgiving is important for your own well-being. When we can forgive someone, we have taken away the ability of that person to have any power over us. When we forgive we consciously decide to let go of our anger, our hurt. When we learn to forgive, we learn anew that the only behavior we can control is our own. We learn to let go of our desire that the other person act in a certain way.
Of course this isn’t easy. Most of us are very good at holding on to our hurts… of revisiting them… of allowing them to control our attitudes.
I remember (many years ago) speaking with a married couple about in-law problems. In this case the wife was upset with her husband’s parents. She did not believe they respected her and she was in a perpetual state of anger toward them. They did not behave in a manner that she desired. She said, “I can never forgive them…”
We talked about this. I described forgiveness as not something that she was giving to them, but rather something she could give to herself. I also invited her to pray for her in-laws as a way towards forgiveness. She discovered that as she let go of her expectations, and let go of her anger, the relationship actually improved. What a wonderful ending to this particular story. Unfortunately all stories don’t end this way.
So what happens when forgiveness doesn’t fix the situation? Do we count the number of times we’ve forgiven the person? That seems to be the question asked by Peter. Do we continue to put up with the situation?
Here is where we need to learn healthy boundaries. Here is where we need to learn that forgiving is not condoning. Forgiving is not permitting. Forgiving is not choosing to become a doormat. Forgiving does not mean that you, or I, must put up with bad behavior.
In my own personal experience I had to learn to say “no.” I had to learn that forgiveness doesn’t necessarily lead to restored relationship. Rather forgiveness led to a sense of wholeness in my own life as I learned to set firm boundaries in one case and to let go of old hurts and old relationships in another.
This isn’t always easy. Actually it is never easy. But maybe as we practice forgiveness we can do our part to make our world a little less angry. And that will benefit us all.
When have you struggled with forgiving someone? What happened?
And one more thought…on the benefits of exercise. If you are struggling with an issue or a person or anger or hurt I suggest a great form of prayer. Go for a walk or a run or a bike ride. Go outside and experience nature. Work hard. This won’t erase your experience, but it will help you cope physically. It will help you stay healthy. It may even give you the ability to release your feelings into the hard effort of exercise.
nlswitz@me.com2017-09-14T16:19:34-07:00